On Saturday, July 9th the BC government erected a 12-foot tall, metal fence around Super InTent City. The newspaper reports that the purpose of the fence is to keep new people out as per the court ruling that says no new homeless can move into Super InTent City. There is talk about the fence providing privacy to the residents and replacing wood fencing that had to be removed due to fire safety issues. Whatever the official reason, the fence feels to many to be a division of “us” and “them,” a physical barrier between those who are homeless and those who are housed, a symbolic gesture that reinforces othering and criminalization of homeless people. This week, residents of Super InTent City have been creating posters and banners to subvert the message of the fence. As one resident put it: “people are upset about the fence, but the way I see it, they gave us a bulletin board!” Super InTent City stands in solidarity with the 58 Tent City in Vancouver and the Burnaby Demovictions Squat! Strength in Community! 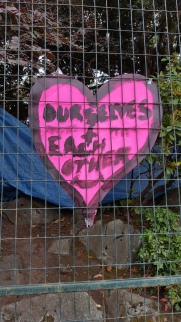 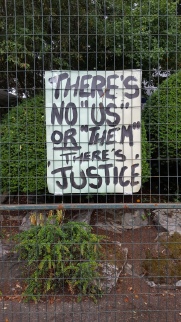 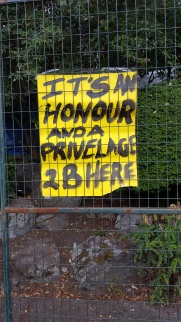 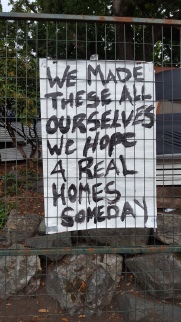 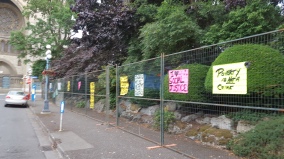 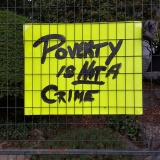 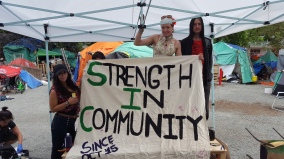